MORE ABOUT THE LAKE ISLE

Learn about our history as well as local attractions available

Our Grade II listed building in its present form was built sometime between 1773 and 1780. The cellar and foundations show evidence of reused stone and beams dating back to 1650.

The first recorded mention of 16 High Street East was in 1656 when it was part of an ancient dwelling house with outbuildings and land owned by James Smith. It embraced the properties known as 16, 18, 20 and 22 High Street East, together with 1 and 2 Reeves Yard and 25 South View. Reeves Yard is the original centre of Uppingham, dating back even further to the 12th and 13th centuries.

After the death of James Smith in 1735, it went through various forms of ownership. The one significant change during this time was effected by John Munton, the then owner, who in-filled the buildings in Reeves Yard onto the main street and produced the three storey building as seen today on High Street East, trading in the supply of coal. One year later it was divided up and number 16 was sold to Edward Southam, a local ironmonger who continued the tradition, as with previous owners, of conducting his business from the buildings in Reeves Yard and renting out the grander building to the gentry.

For the next 27 years, 16 High Street East remained in the Southam family until, in 1808, Edward Kemp bought the property and, until 1879, carried on with a drapers business. When his wife died, the trade at 16 High Street East changed again from drapery to hairdressing. A significant change at this time was the shop front, opening up onto the High Street. For almost a century, the Steward family sold such items as glass and china in the shop, whilst the hairdressing business was accessed via Reeves Yard. The Stewards operated a barber shop in what is now the bar whilst upstairs, on the first floor, was the ladies’ hairdressing salon, occupying what is now Rooms 1 and 2.

The 1970’s saw further separation of 16 High Street East, with the front of the building now a bakers, sold for £22,000 with extensive living accommodation above. The hairdressing salons were also on the market and sold separately for £5,000. Then, in 1978, the entire property was purchased by the partnership of Roy Richards and Christopher Barrett. Thus, Lake Isle came into being as a restaurant, another radical change in the trade of the property.

The Lake Isle name is taken from the poem Lake Isle of Innisfree by W B Yeats with its sentiments of peace, relaxation and tranquillity, which are expressed in the hotel today.

In 1982, David and Claire Whitfield, purchased Lake Isle Restaurant and began a programme of development that continues today. Accommodation was added when the first of the hotel bedrooms was completed in 1984. The cottages from the original ancient messuage, 1 & 2 Reeves Yard, were purchased and now form part of the hotel accommodation. Further bedrooms were added and a resident’s lounge overlooks the High Street, where Parker and Chandler once resided.

The current owners, Richard and Janine Burton, who purchased Lake Isle in 2001, have continued the development of the hotel. The restaurant and bar area have been completely refurbished and all the bedrooms in the hotel brought up to 21st-century standards. 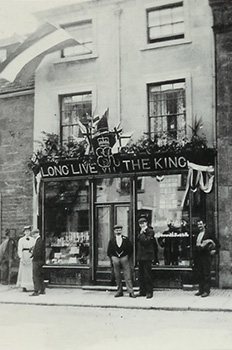 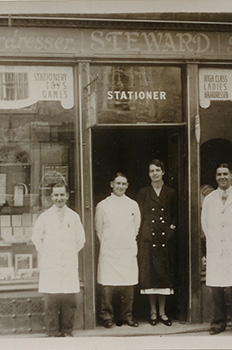 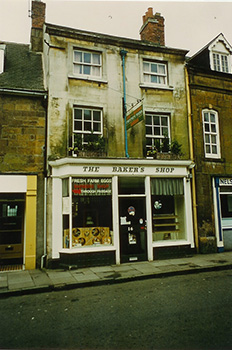 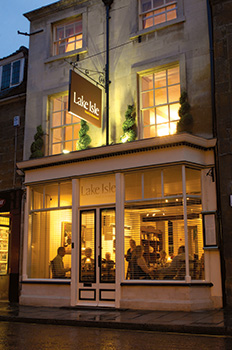